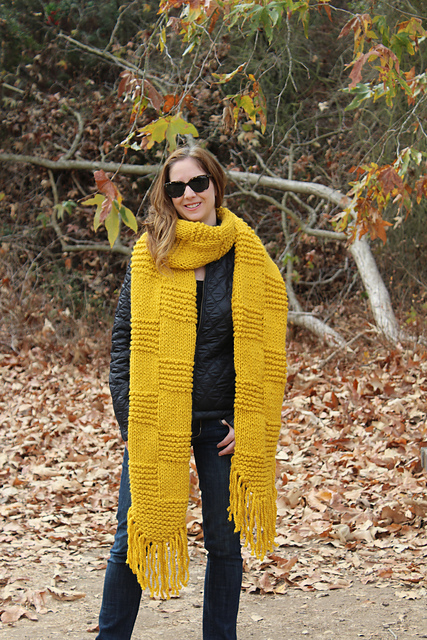 The Kravitz is fitting of its namesake and is a massive scarf for the coldest of winters or the avoidance of the most persistent of paparazzi. Knit with super bulky yarn on size 17 needles, you can knock this out in a day or two and keep yourself very warm in the process. The edges come to points and have fringe added during finishing. The main body of the scarf uses a large basket weave stitch to create a cool textured look. 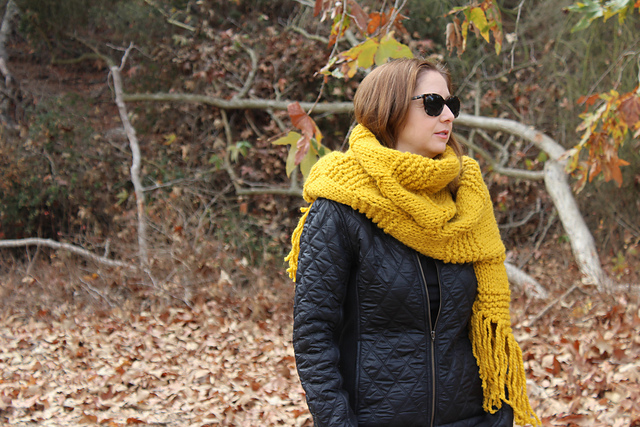 The scarf can be made shorter by cutting out extra repeats or you can also add more repeats in case you need a scarf that will make it to the moon and back.

The sample shown in the photos was knit in Big Twist yarn in colorway Aged Brass. Any Super Bulky weight yarn will work and will require under 400 yards – roughly 350 yards for the scarf and another 30-40 yards for the fringe. 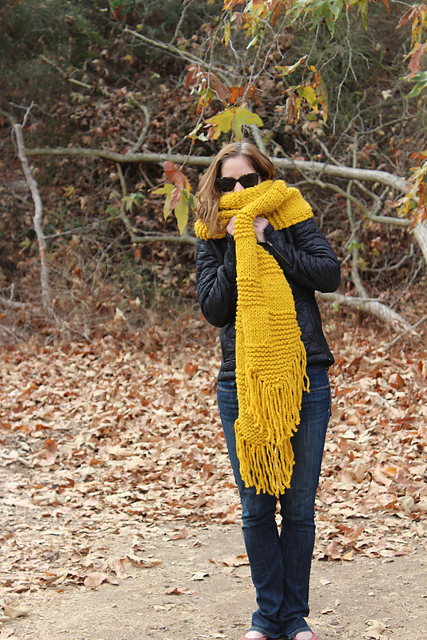 Kravitz is available on Ravelry.